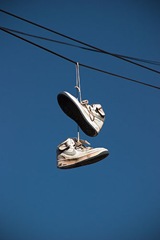 The only hard part is convincing your boss that it’s not a colossal waste of time, right? Well that’s the first hurdle and yes it’s a doosie, but it’s just the price of admission. The real fun starts when you sit next to your partner and try to prove your boss wrong. After a year or so in the trenches, I’ve learned a thing or two on how to mess it up.

“Click on that link, no wait scroll up, over there, wait I wasn’t done reading that…” That’s not pair programming, that’s insanity. Recently we were working on a project that involved a custom Firefox browser skin. Neither of us had experience with browser skins, so there was a lot of Googling and tutorial reading. As soon as we caught ourselves reading blogs and whatnot, we would split up for 15 minutes and then compare notes.

4. Getting your environment going

“Hey buddy, are you ready to start pairing on that project? Let’s see, now where is the source code for the project we’re working on… Hmm, this doesn’t compile – I think I need to install the latest version of that library.” Kill me now. 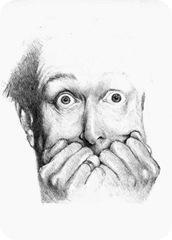 One of my favorite authors, Kurt Vonnegut would write clever things like “The man looked… guilty isn’t the right word, but it’s the first one that comes to mind.”

With pair programming, you can’t just sit there because you don’t know where to start or you can’t think of the right variable name. Just type something. You have to get the problem solving out of your head and into a medium that two people can have a conversation about it. Maybe people are afraid to type something in front of a peer if it’s not perfect. Borrow a technique from Kurt Vonnegut and as you are type, just say “I don’t want the code to look like this…” and write some awful switch case statement.

Once there is something on the screen, you and your partner are instantly aligned and solving the same problem. Now you can discuss factories and polymorphism and all kinds of heady solutions.

Have you ever watched an artist paint a picture and thought to yourself “what the heck is that”. Then with the next brush stroke you realize you’re looking at the profile of someone’s face. Well watching someone write code can be horribly worse than that.

Pair programming is a conversation, not a seminar or window into someone’s brain. The best way to keep things at a conversational level is to work top down which is exactly what TDD forces you to do. You must consider your code from the client perspective and challenge yourself to keep your code on purpose.

Even more importantly, TDD gives you and your buddy an “out” at regular intervals. You write a test, you make a test pass. Either way, you have many small victories over the course of a few hours and you can switch pairs at well defined feel-good stopping points.

1. Not using a timer 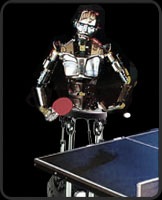 I used to work with a guy that was always competing with something. A mutual friend at the office was doing the 3-day breast cancer walk. If anyone in the office donated money, he would up his donation $1 higher. On the softball team, his jersey number was #1. When we started playing ping-pong at lunch, he bought a $600 ping-pong robot to practice with at home. So when he started using a timer while programming I just figured it was good old Paul racing against time.

Then I paired with him on a project. Right after wanting to strangle him for not having his environment ready, we set his timer for 30 minutes and got going. When the timer went off, we stopped mid keystroke and switched seats. This did a few things. First, it kept Paul engaged the whole time because he knew he would be in the hot seat in a few minutes, and I can be a bit of a bully so it was easier for me to back off knowing I’d get my chance soon enough. One of the more surprising benefits, however, was simply the fact that we would sit for a minute and agree exactly what we were doing before starting the timer which really got us in gear and drastically cut down on tangents.

Using a timer creates a magical dynamic that I cannot do justice with words. It’s like TDD, it’s not about the tests – it’s about the code you write to make it testable. You have to try it. Period.

I was recently asked how I get the context of “this” in the UoW relating to the current page request. 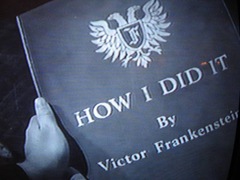 Before I get into the guts, I would like to provide a little context. My application has 20+ databases scattered across 4 machines.

So, I might ask for a Customer object and a Package object and I want to get the same ISession for both and if I ask for the same Customer twice, I want to get the one from the 1st level cache (I’m using NHibernate). If I ask for a Contact object, I will get a different ISession. All opened sessions are managed by my UoW. So, when the page request is complete, I call UoW.Commit and all sessions are committed.

The “magic” if you will, happens in the global.asax. I was nosing around in Rhino.Commons for inspiration and adapted a technique I saw there. This is how it looks:

I register the UoW with an HttpRequestLifetimeManager so I get a new instance for each request.

My NHibernateRepository gets injected with the UoW for the current HttpRequest and when the request is complete, the global.asax commits the whole thing.

Now, this is all the context of an ASP.NET MVC Controller, but I have a similar issue for other (non-web) services. In that context I am using AOP and decorating a particular method with [UnitOfWork], which looks like:

In that context I use a PerThreadLifetimeManager for the NHibernateUnitOfWork, and code ends up looking like:

You know, there is really no reason why you couldn’t do the same thing in the MVC context. You could basically ditch the global.asax event hooha and just annotate the Controller task:

It’s more explicit than using the global.asax technique and it would allow you to specify different UoW behavior on each controller task:

I’d like to try this out next time I get back into ASP.NET MVC, the global.asax event technique felt a little too magical and I don’t think Uncle Bob would approve.

Lately, I can’t seem to shake the pipeline pattern. It keeps popping up in all my applications. It’s like when I think about buying a new car and then I start seeing them everywhere on road and think – have there always been that many out there?

So, here it is in action. Below is a controller from an ASP.NET MVC application. The method accepts an order in the form of xml for provisioning products in our system.

Most of it is just validation logic, but there are a few meatier pieces. Take a look a the first filter – RewriteLegacyUsernameFeature. If you’ve ever published an API that accepts xml, then you’ve probably wanted to change your schema 5 minutes later. The pipeline is great way to deal with transforming legacy xml on the way in.

Next is the implementation of the FilterPipeline which is essentially a chain of responsibility with a few convenience features.

You might be scratching your head and wondering what this business is with both IFilter<T> and IFilterLink<T>. IFilter<T> is just a simpler version of IFilterLink<T> that doesn’t require the implementer to deal with calling the next link in the chain. The subject will always pass through, no short-circuiting, hence the pipeline.

My favorite part is the SpecificationFilterLink<T> which is a decorator that uses a Specification to decide if the filter should be invoked. So you can do little readable snippets like:

Maybe this post will get it out of my system and I can move on to other solutions. It’s just so handy…